Arguably the most “Vancouver” neighbourhood in the city, the West End is the gateway to Stanley Park, and home to the most diversified and lively community in the city.

The West End is a vibrant, diverse, walkable, and densely populated community surrounded by world-class parks and beaches, as well as Vancouver’s downtown and Central Business District. It comprises 204 hectares, making up 35% of the downtown peninsula (not including Stanley Park). There are 112 city blocks in the West End. The West End is situated between West Georgia Street, Burrard Street, Stanley Park and English Bay. It includes the Davie Village – traditionally a hub for the city’s LGBTQ community – and Denman Street, which together provide local shopping, services and restaurants. This area also has high-end retail on Robson and Alberni Streets. The green, leafy residential streets and the diversity of building forms and architectural styles are defining elements of the West End’s distinctive character.

Tucked up tightly against the city’s downtown core, and at the gateway to Stanley Park, the West End is bordered by the park on one side, as well as English Bay, Granville and Robson Streets. The West End is an incredibly diverse area, and is home to the city’s gay community (centered around Davie Village), heritage homes, and around 40,000 people living in high-rise apartments. The parks and beaches are some of the main attractions that bring people to this community, but people watching and dining are closely followed.

The majesty of Stanley Park makes the West End both an urban-dweller and nature lover’s dream residential area, and the English Bay seawall is an outdoor lover’s fantasy come true. Stanley Park offers not only a walker’s and jogger’s paradise but also tennis, lawn bowling, and rugby facilities. Nature lovers can indulge their passions daily with easy access to the park and the seawall.

A wide variety of shops and restaurants are offered in the West End along the three main thoroughfares that travel through the neighbourhood. Robson Street, one of Canada’s most expensive retail streets, boasts some of the trendiest stores worldwide. Denman Street is dotted with practically every kind of cuisine imaginable, from sushi to East African, French, and Fine Dining. Davie Street’s rainbow flags and sunburst banners on lamp posts help make this one of Vancouver’s most lively neighbourhoods. Davie Village is less about “seeing the sights” and more about “living the lifestyle.” So grab a coffee and take a stroll and you will be rewarded with excellent restaurants, more beautiful beaches, and friendly people.

The West End is home to the jewel of Vancouver, the world-famous Stanley Park, which was created in 1888, and in 2014 was named the best park in the world, according to TripAdvisor. When you take a walk down the seawall that borders Stanley Park and the Salish Sea, you will immediately see why this park was rated number one in the world.

English Bay, in the city's West End, is a popular sunbathing, swimming, and sunset-watching beach in downtown Vancouver. From English Bay there are great cycling and walking pathways along the water, all the way to Stanley Park in one direction, and then on to Point Grey via Science World, Granville Island and Kitsilano Beach in the other.

The West End, like the rest of the downtown core, has a surprising number of schools available to the residents here. The numerous elementary schools here, including Lord Roberts, Lord Roberts Annex, and Elise Roy. King George Secondary School has a stellar reputation and offers many opportunities for older children in the family.

If convenience is the main draw of a neighbourhood for you, you’ll be hard-pressed to find somewhere as convenient as the West End. It’s just a five-minute bus ride to the City Centre or Burrard Business District, though you can easily walk or bike to work downtown, too. With its abundance of retail, grocery, and transit options, this area really can’t be beaten.

The West End has a surprisingly chill, laid back atmosphere. Despite being downtown, the West End, with its beaches and parks provides an escape from the busy city center just minutes away. There are constantly people out walking their dogs, strolling the seawall, shopping, or dining out. You get the feeling that nobody seems to be in a rush, and people here really know how to live in the moment.

The West End is a mix of mid-rise and high-rise strata titled and rental buildings. Interspersed between are many renovated and converted older homes and low-rise buildings. Most of the development of this area occurred in the 60s and 70s when the draw of being in close proximity to the growing downtown core was realized. These older renovated homes and low-rise buildings sit side by side with the newer high-rises that went up with the densification of the area. The streets are tree-lined and quiet green spaces abound amidst the hubbub of the West End.

The West End remains an equal mix of single, young, ethnically mixed population drawn by the downtown lifestyle and an older retired population drawn by the proximity to not only amenities but also the natural beauty of English Bay and Stanley Park. Recently there has been an upsurge in luxury high-rise, strata-titled buildings, which are attracting the younger, upper middle-class who too want to realize the allure of the downtown lifestyle.

Your Life In West End 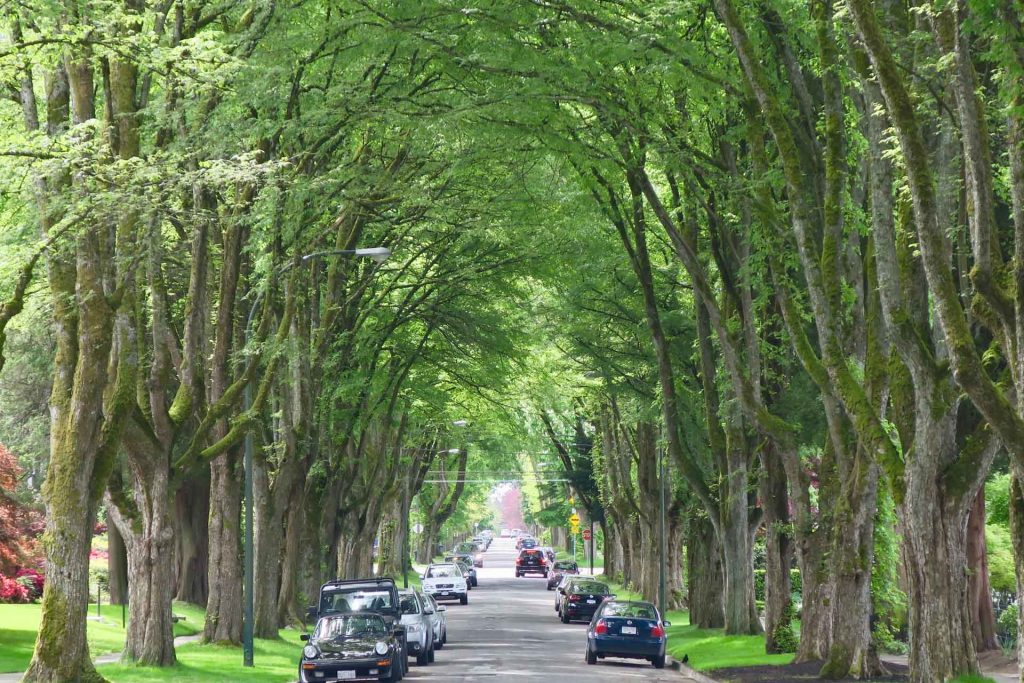 If you happen to work downtown then you are only 5 minutes from home, and with Vancouver’s long summer evenings there is still plenty of time to enjoy a walk on the seawall, or catch a sunset. Unwind on one of the many neighbourhood patios with some friends and enjoy a drink and have some fun people watching! 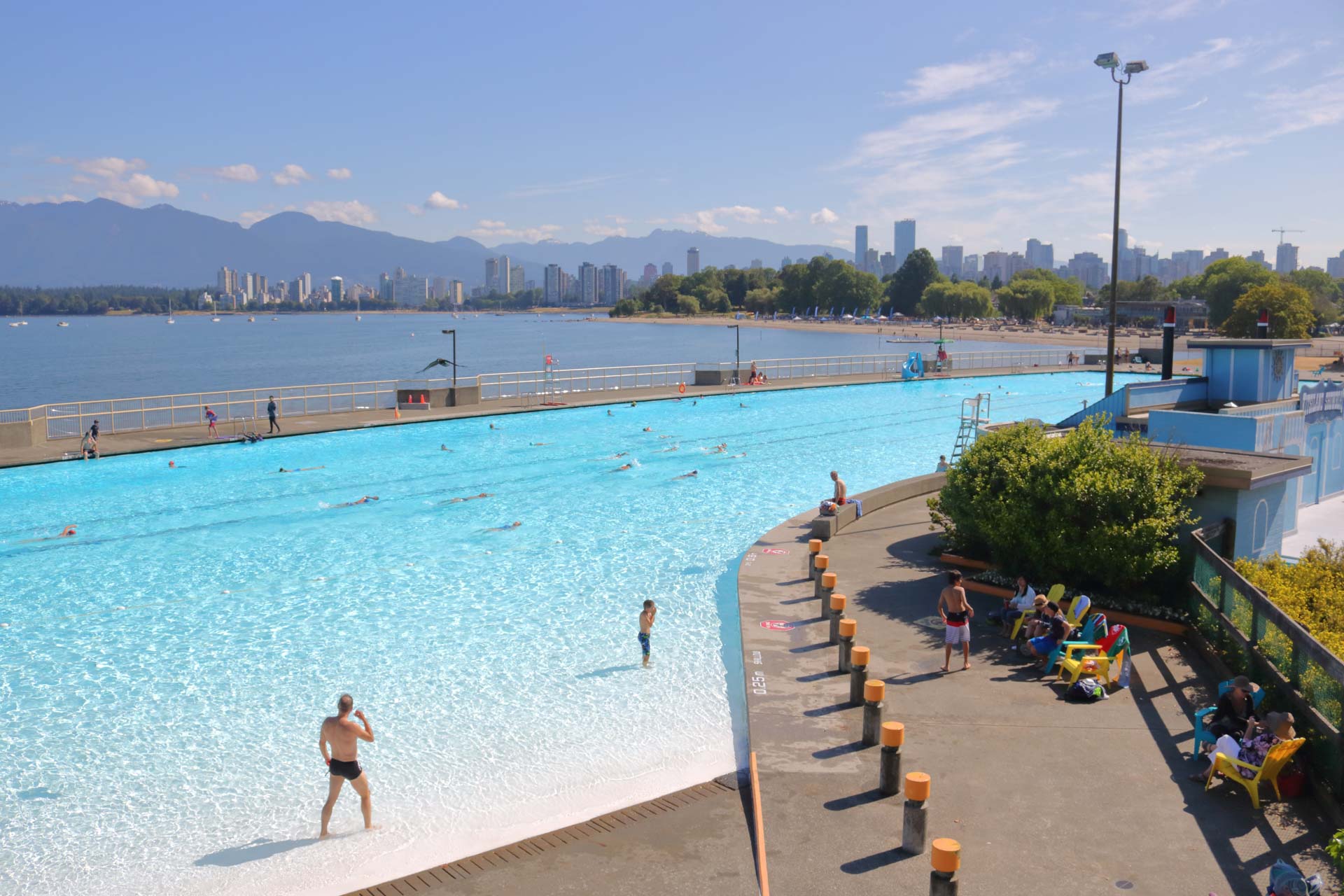 The West End is an active neighbourhood, and so are many of the people who choose to call this area home. Running, rollerblading, or jogging the seawall are all popular activities people here like to do. Go to the beach, where you can either hop in the water for a swim or simply lay out your beach towel and catch some rays. 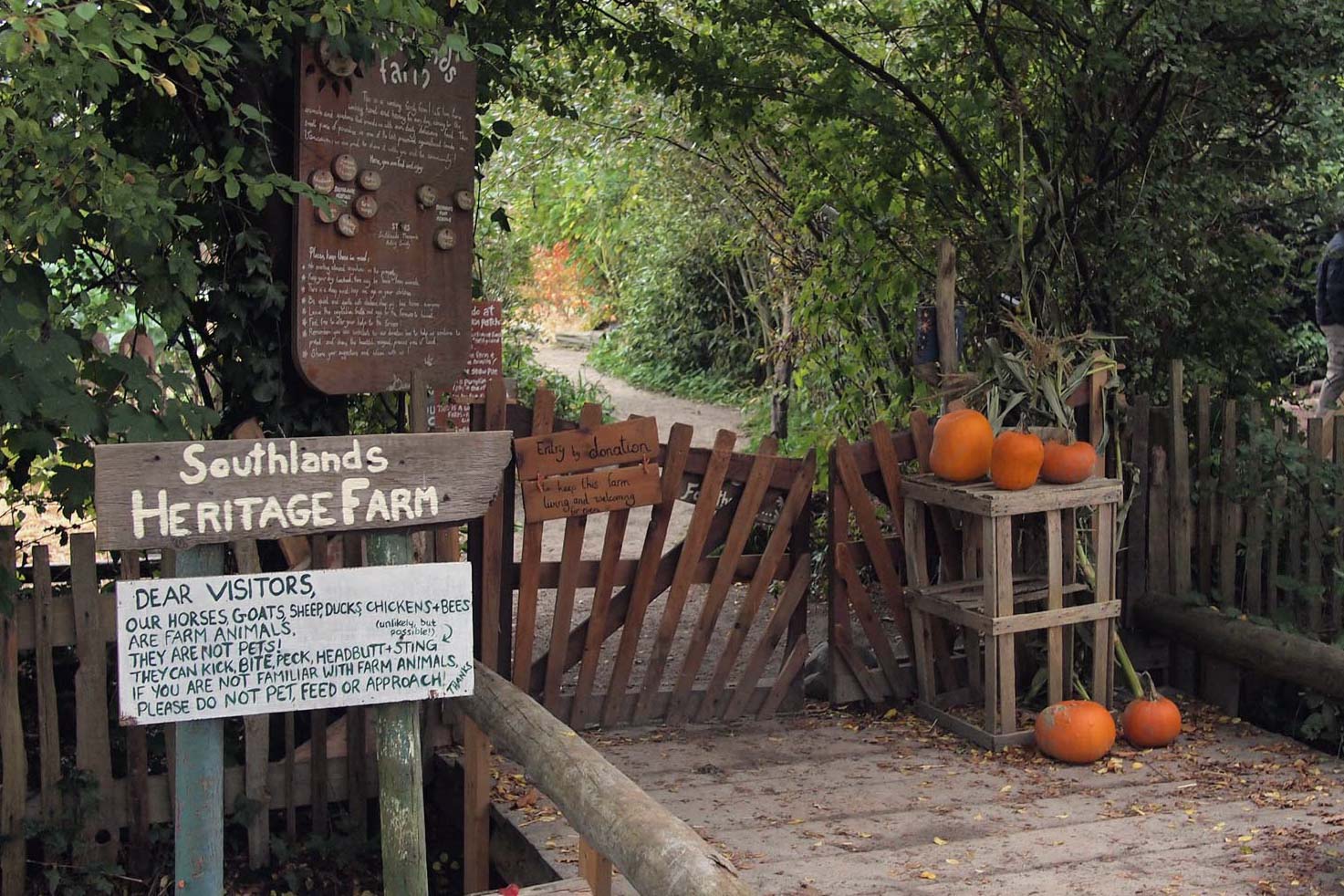 Arts and cultural spaces are vital to every community, and the West End is no exception. The West End has the most artists and cultural workers of any community in the city, with over 14% of the community’s residents working in arts and culture occupation. So enjoy the myriad of artistic venues, statues, and public works of art that are dotted throughout the neighbourhood. 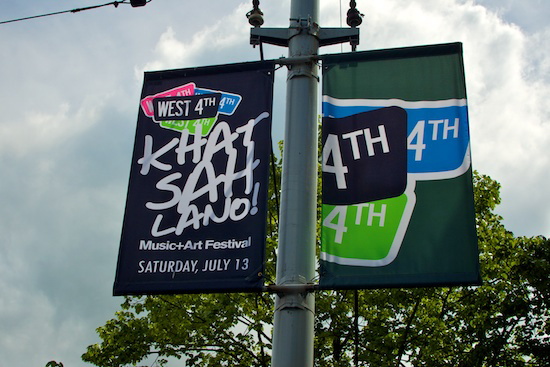 The West End is a foodies paradise and is home to a variety of restaurants, cafes, and bars that represent the diversity of the people who live there. There’s something from every corner of the world from Asia, Europe, Africa, Australia, India… you name it!

You will love the friendly people, laid back atmosphere, beaches, parks, and endless dining options. All these qualities add up to make the West End known as being the most Vancouver Neighbourhood. The West End is home to many festivals that take place throughout the year, including the Pride Parade, the Celebration of Light, and the annual Polar Bear Swim. These festivals all add to the culture of this neighbourhood and help to ensure that there is always something for everyone.

Like very much the same of the rest of the downtown core, If it is peace and quiet and sizable square footage you seek, the West End will not be the place for you. Although noticeably quite quieter than other parts of the city centre, the hustle and bustle of the city are evident everywhere. New developments do their best to reduce noise, but even the latest and greatest in technology cannot completely drown out the city’s sounds. The West End is almost exclusively condos, and this makes trying to find a house with a backyard virtually impossible, so if you are looking for a place for a large family and you are not prepared to sacrifice space, you will have to search elsewhere. 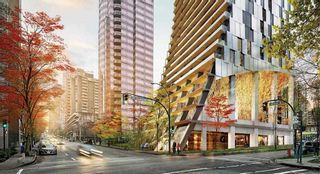 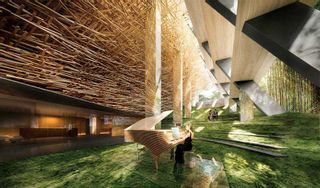 A uniquely shaped residential tower at 1550 Alberni designed by Kengo Kuma, a renowned Japanese architect, will be housing 188 units, and is surely to be a new iconic structure in Vancouver’s skyline when completed in 2021/2022. Building SOLD OUT. Developed by Westbank & Peterson Group this tower in Downtown’s Coal Harbour will visibly excite people from around the world. Spoil yourself in this immaculate 788 square foot, 1 bedroom + flex corner unit, complete with its own balcony and 1 parking space. All the units are finished using natural materials, craftsmanship and thoughtful detail such as the organic shape in all the towers units, and floor-to-ceiling glazing windows. The building’s residents will enjoy a private inner garden, wine tasting room, listening (music) room, gym, indoor swimming pool, art gallery and so much more. The project clearly is prime contemporary real estate with a tribute to the Japanese culture and one of its most prominent architects, Kengo Kuma

These statistics are generated based on the current listing's property type and located in West End VW. Average values are derived using median calculations.
To access this information,
please create a free account
Get market change alerts